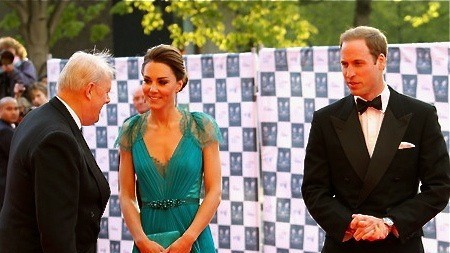 From Sabahbah.com – This weekend the news of an impeding royal visit caught fire and started spreading through Kota Kinabalu.

It’s true, the Duke and Duchess of Cambridge, better known as Prince William and Kate Middleton, are indeed headed for the former British Crown Colony of Sabah, Malaysia.

As part of Her Majesty’s Diamond Jubilee Tour, Prince William and his wife, Kate Middleton, will be visiting Sabah from 13 – 15 September 2012.

Also included in the tour prior to their arrival in Sabah, are stops in Singapore and Kuala Lumpur, followed by the Solomon Islands and Tuvalu.

“Their Royal Highnesses’ visits,” said the Royal Press Office on the official website of the Prince of Wales in a statement dated 25 July, “will be undertaken on behalf of the British Government in celebration of The Queen’s Diamond Jubilee.”

The Queen’s Diamond Jubilee is the celebration of the British Queen’s 60th year as Monarch with related events lined up all around the Commonwealth up until the middle of October.

Sabah is no stranger to the British Royal family.  As a former British Crown Colony, Sabah is dotted with various remnants to the years of yore when what was called North Borneo back then were under rule of the British Empire.

Prince Philip Park, the Queen Elizabeth Hospital, the various occurrences of Jessleton referring to Sir Charles Jessel, and even the Atkinson Clock Tower, are all reminders of a British era gone by.

The modern version of Sabah is that of a notable, eco-tourism destination best known for orang utans, millions-of-years-old rainforest, Mt. Kinabalu and a melting pot of cultures, peoples and languages.

Rumours have it that whilst in Sabah, the Duke and Duchess of Cambridge will be visiting Danum Valley and will likely be staying at one of Kota Kinabalu’s top 5-star Resorts.

“Further details about Their Royal Highnesses’ itinerary,” the Press Office also said, “will be announced in due course.”